Over the coming weeks we’ll be chatting with various players from the Gods Unchained community about their play-to-earn experiences. In the inaugural profile, Discord member ‘cautionfun‘ from the USA shares their story.

What got you interested in the play-to-earn (P2E) model in Gods Unchained?

I was, and still am, enamored with the idea that I can play a trading card game that I find very fun and be rewarded for my efforts with cards of actual value. I had become so accustomed to the world of DLC and micro-payments in video games that the P2E model, a mechanism that functions in nearly the exact opposite way, was impossible for me to wrap my head around.

The day that forging was introduced I sold an Echophon, Atlantean Hydra, a card that I had earned for free, just by playing the game as I normally would, for a little over $30. That was the moment the P2E model became real to me. I had put forward the effort to earn the best rewards that I could, and I was rewarded for my efforts with something of actual value. That’s just magical to me.

What would you estimate your weekly earnings to be at your current rank?

My earnings fluctuate week to week, because of the card packs I earn during the week and my rewards from the Weekend Ranked Events, which are dependent on how well I do and how much I am able to play. Additionally, the cards within the packs are inherently random, so any earnings are heavily influenced by RNG.

That being said, since the launch of Flux and fusing, I’ve earned somewhere between 0.1 and 0.25 ETH per week in rewards from playing the game as I usually would. The first week was exceptional because I had built up a glut of cards, so my rewards from the first week are disproportionately high relative to the weeks since. Nevertheless, if I perform well during the Weekend Ranked Event, I expect to earn over 0.1 ETH per week.

What could you buy in the real world in your country with your earnings?

I was telling my roommate the other day with the money I’ve earned from playing Gods Unchained, I could knock out my internet bill for several months!

I think that once people realize that there is an alternative to the DLC/micropayment model that rewards you for your efforts with in-game items of actual value, there won’t be any going back to the old ways. Now that I have experienced the P2E model for myself, I don’t know how I could convince myself to invest my time and energy into a game that doesn’t provide me with that opportunity.

What got me interested in Gods Unchained was its use of blockchain tech to enable digital ownership of cards that were provably scarce, and freely tradable. I had played and collected cards from various other trading card games and in my experience, if you wanted the convenience of a digital card collection, you had to sacrifice your ability to buy, sell, or trade your collection. Gods Unchained seemed to provide the best of both worlds: all the convenience of a digital card collection, like easy storage and seamless deck-building, combined with a nearly frictionless marketplace to buy, sell, or trade my collection.

If you had advice for anyone looking to get into Gods Unchained and P2E right now what would it be?

I would advise new players to use the P2E model to your advantage! Pick a few decks you’d like to build, or use the starter decks that are provided for you to use for free, and use the rewards you obtain from mastering those decks to fill out your collection. I was missing quite a few cards from the Genesis set, and I was able to use the money I earned from the P2E model to complete my Genesis set.

If newer players have any questions or hit any roadblocks along the way, the Gods Unchained community is very supportive. Other players in the Discord are a very helpful resource, and will certainly answer any questions you may have. In addition, my teammates @themudman_gu and @bonkthat and I (@cautionfun_gu) are constantly streaming on Twitch, so be sure to swing by and see if we can help you along the way! 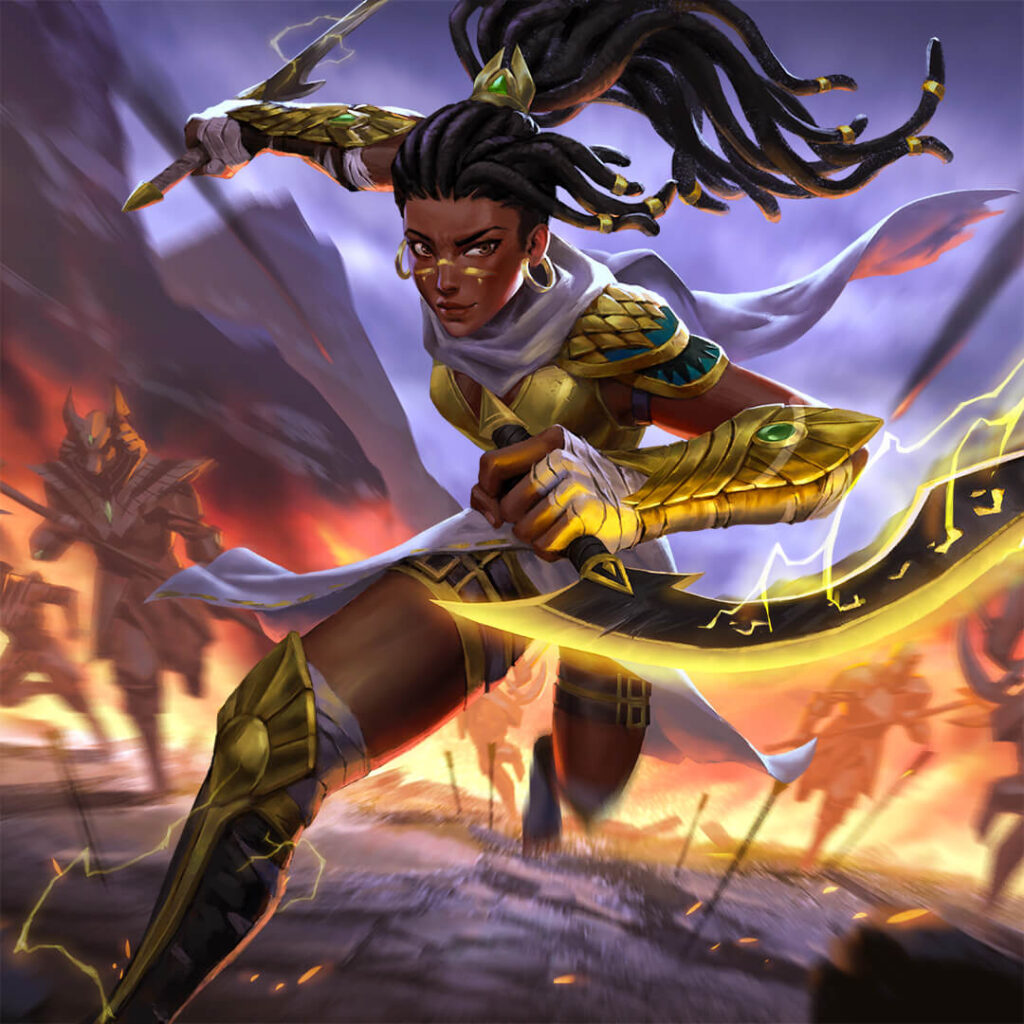