Gaining Favor: How to Use Favor and Sanctum to your advantage

The Favor/Sanctum system is arguably the most innovative aspect of the Gods Unchained gameplay experience to date. But it’s added some daunting new levels of depth.

With this in mind, we tasked our resident feature writer, Luci Kelemen, to share four ways he’s made the new system work for him rather than against him.

With 151 new cards being injected into the meta in a hot minute™ via the Trial of the Gods expansion set, there’s no better time than now to master the art of the Sanctum.

Sanctum and Favor. A love story.

Firstly, a quick recap: Favor is a new resource that carries over between turns and is gained by certain in-game activities (like damaging the opposing god). How does it work? Like so:

Once you have enough Favor, you can use it to pull cards into your hand via the Sanctum which offers different “side-decks” available to both players. The Sanctum provides added decision points and further gameplay variety by enabling players to use cards that they don’t yet own or wouldn’t otherwise be available in their deck due to domain restrictions (like using a Magic card as a War player.

The system aims to be varied enough to regularly generate unique game states whilst also staying transparent so both players can anticipate what’s coming up and make decisions accordingly.

Note: certain aspects of the Favor/Sanctum system will continue to evolve based on player feedback and gameplay data collected by the GU devs. But at the time of writing, these are four ways to capitalize on the system and challenge the leaderboards.

Preparation is everything in most aspects of life, and it’s no different when it comes to Favor and Sanctum. Understanding what the different deck options offer at various junctions of the game and how each potential card may impact the board state in the near future will help you plan around what otherwise could be game-losing swings.

With the recent doubling of Favor costs, relying on the Sanctum cards for sanctuary has become a much greater investment, which means both sides need to be acutely aware of what possible cards may come up at any given time. The themed deck names make it easier for you to have a broad idea of what’s coming, but it’s nevertheless worth looking into the specific cards as well.

Luckily, these are cards you already keep an eye out for in specific matchups. Inferno can be a pretty big deal – now you just need to expand your horizons and consider the odds of it coming up in new gameplay scenarios as well.

Sanctum can sure up your weakness

It may seem counter-intuitive at first, but you don’t always want to buy the best card available in the Sanctum. The fact that its card pool is shared In many cases, especially when you’re protecting an advantage, you’re much better off purchasing the one that would otherwise allow your opponent to mount a comeback against you, even if you have no intention of using it yourself.

Denying relevant resources to your opponent has always been an important part of card game strategies, and the Sanctum/Favor system offers you a direct avenue to do so in Gods Unchained.

Leading on the board? You might want to snag that AoE spell before your opponent does. Concerned about their late-game refuel even though you think you’ll be just fine? Pick up that “value” card as fast as possible. Once you realize that the Sanctum gameplay experience is about so much more than just augmenting your own strategy, you’ll be much closer to unleashing its true potential.

Adjusting your gameplan for Favor

Most of the current Gods Unchained players understandably got used to the game experience before Sanctum and Favor was introduced, and since it’s a brand new and unique gameplay mechanic in TCGs, it is bound to take some adjustments to get the most out of it.

How is your strategy conducive to Favor generation beyond the turn-by-turn trickle? Dealing alternative damage or making trades helps you out with that. Depending on which side of the battle you’re on, this may incentivize you to push more face damage as an aggressive deck or to – perhaps counter-intuitively – make premature trades which would otherwise be considered low value so you can deny your opponent’s Favor gain.

The opposite of this is also true. For slower archetypes, the presence of Sanctum and Favor will generate gameplay scenarios where you can actually find value in defending instead of just clearing the board as efficiently as possible, finding a strong additional resource in the process.

Use the Sanctum as a learning tool

For a new or F2P player, it can be a challenge to master and counter certain archetypes which you lack the resources to build and pilot yourselves. Expensive, high-rarity decks with bling and Legendaries all over the place may be tantalizing but take quite a bit of grind to put together.

By the same token, it becomes more difficult to understand their gameplan against you when you’re playing a different archetype. What key cards do they have for a certain game state? How does Death restore board parity and what can Nature do to apply pressure? It’s not always easy to answer these questions playing as another god with a small collection and limited game experience.

Though Sanctum and Favor offer added gameplay complexity for higher-level and more committed players, it also serves as a taster for newcomers to experience and experiment with some of the most interesting and powerful tools Gods Unchained has to offer.

Suboptimal use of Favor may cause a temporary drop in your win percentage – as all learning experiences do – but you can gain invaluable insight when it comes to certain synergies or the potential of some cards that may have fallen off your radar. 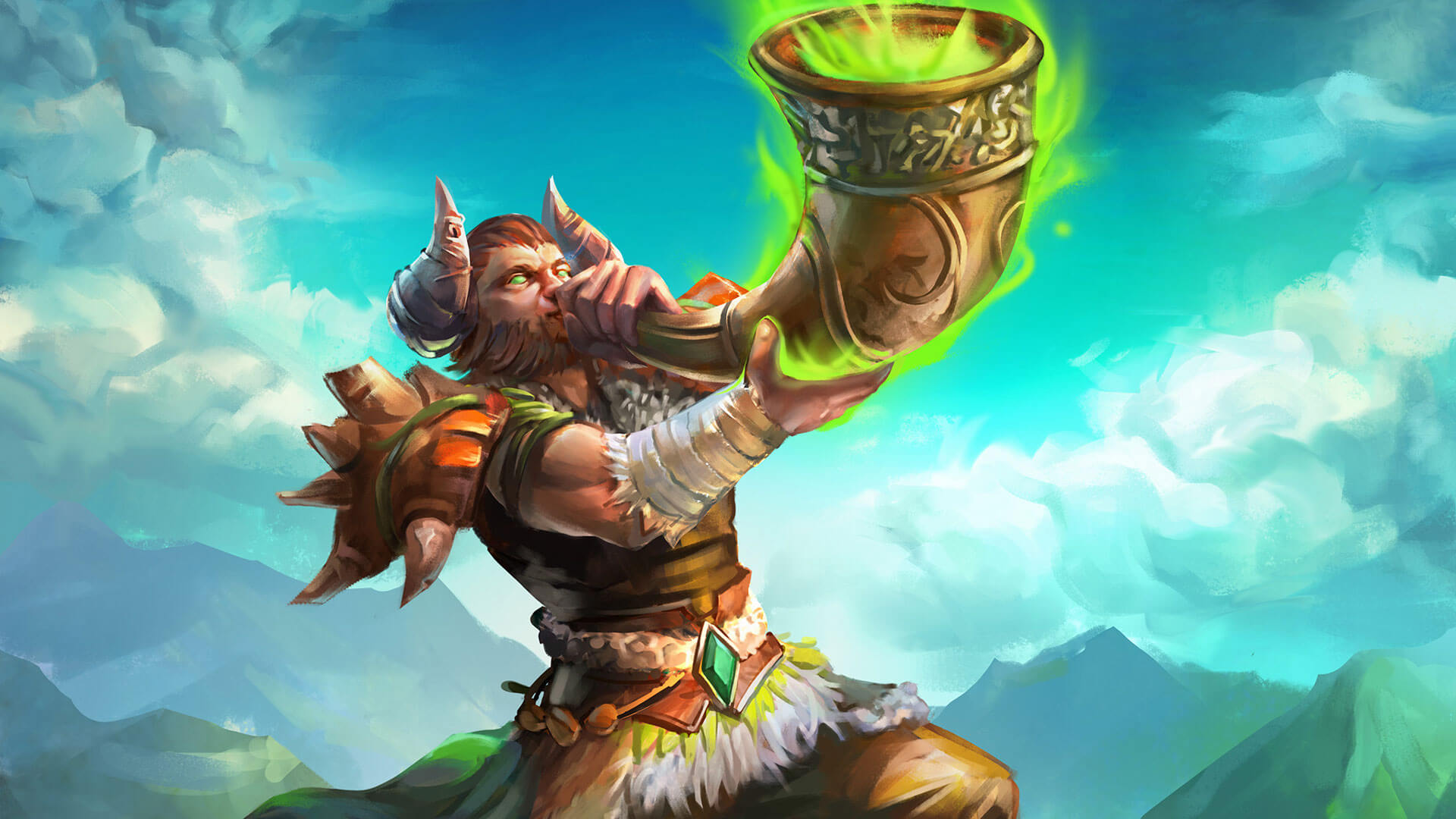